Screen Heroes
"Would you Watch it?" Justice League Dark

With Guillermo del Toro officially off the DC Entertainment project Justice League Dark, we sit down to talk about who we would each cast as the many heroes, villains, and sign as the director for our version of the DCEU film. The three of us have very different ideas that include varying directors, lead actors, and overall plot. Catch who we put in the driver’s seat of Justice League Dark and then let us know if you agree with our casting or who you would put on the big screen instead!

Who is typically in the Justice League Dark? This mystical group of heroes tends to be led by Constantine and Zatanna with fellow heroes Deadman, Swamp Thing, and even Madame Xanadu.

Also, we provide some insight into a future contest where the winner will receive a Wal-Mart exclusive Black Panther POP vinyl! You’ll have to listen to learn more, so tune in!

Don’t forget to join us every Tuesday night at 8PM CST on Twitch for our live streams of the podcast. Subscribe now at twitch.tv\griddaily.

“Would you Watch it?” Justice League Dark Podcast Credits 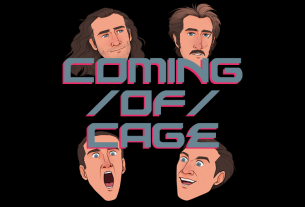 2 thoughts on ““Would you Watch it?” Justice League Dark”