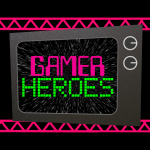 SteamWorld Quest: Hand of Gilgamech is the fifth game in the SteamWorld universe starting back with 2010’s SteamWorld Tower Defense for the 3DS. Since then, we’ve seen two digging platformers in the form of SteamWorld Dig (2013) and SteamWorld Dig 2 (2017), as well as a turn-based RPG in SteamWorld Heist (2015). You can click on the hyperlinks to see my thoughts on some of those games. With that said, SteamWorld Quest is a almost completely different beast. My review here will be primarily spoiler-free but I will note some points and share some images and video from the first 4 chapters of the game.

So let’s begin. SteamWorld Quest is an RPG, that much can be sure. Per Image & Form Games’s press information:

SteamWorld Quest is the roleplaying card game you’ve been waiting for! Lead a party of aspiring heroes through a beautiful hand-drawn world and intense battles using only your wits and a handful of cards. Take on whatever threat comes your way by crafting your own deck choosing from over 100 unique punch-cards!

What awaits you is a luscious treasure chest filled with gold, dragons, vivid worlds, magic, knights in shining armor as well as XP, turn-based battles and all that good RPG stuff! The game’s humorous mix of traditional fantasy and steampunk robots makes for an unforgettable experience with lots of laughs.

Now, let’s shake some of this out. The game is a straight up fantasy RPG with a steampunk style. The steampunk style is in line with the previous SteamWorld games and has come to be one of my favorite video game aesthetics. The animation is lively, bright, unique, and a joy to view. Our three main characters, Armilly, Copernica, and Galleo each fill a relatively standard RPG role. Armilly is our hero though. She is cliche but in a tongue-in-cheek nature.

In fact, the whole game is very self-aware of RPG cliche and that’s just fine. Armilly is essentially our fighter warrior. She has a sword and can increase her strength in battle. Copernica, on the other hand, is our magic barer. She can cast spells of ice, fire, shielding, and more. Finally, Galleo is our tank but reminds me a bit of Overwatch’s Brigitte in that he can provide additional armor and healing while being able to soak up damage.

The battle mechanics are really where the game finds its footing, however. As the description says, the battles are turn-based and card-based. Now, when this was initially announced during a Nintendo Direct, I was concerned. Recently, card-based games where you can collect and craft cards have seemed like money pits, pay to win, freemium games. Hearthstone, for example, while a joy to play and really well done, it’s pretty difficult to be competitive without spending a lot of money or playing literally every day. So I was worried this would be similar. Would we be buying individual cards? Blind card packs? Purchasing some kind of dust or in-game currency to craft?

Actually, we don’t do any of that. Not one bit. There aren’t any microtransactions to date. I was shocked but in the best way possible.

So how does the card-based battle system work? It’s actually pretty interesting and intuitive. You see, at the beginning of a battle, you draw cards. Cards are associated with a specific hero. Strike and Upgrade cards build up Steam Pressure. Steam Pressure is required for Skill cards. For example, if you watch the video below, it shows a single turn. You can see that I play a Strike card but it does not give me enough SP to play by Skill card, Brave Buster, so I play a second Strike card which adds enough SP for me to play the Skill card.

You can play three cards on a turn and eventually you can chain cards together if you play all three from a single hero. In the video below, you’ll see that I was able to use three cards for Armilly. This chaining action adds a fourth card that has an effect, in this case, dealing more damage, but that will vary based on the hero being chained.

As noted before, you will earn new cards throughout the game as you come across treasure chests and level up. Additionally, you can craft cards for your heroes. Crafting cards is fairly simple and is done from the Deck screen. Shaded cards are card types you could craft but have not done so yet. Each card requires specific resources in order to craft it. “To Victory”, for example, requires 250 gold pieces, 5 lustrous fibers, and 10 smoldering ember. Unfortunately, I don’t have enough lustrous fiber, so I cannot craft this card yet.

The story brings our heroes across many different villains ranging from fairly basic characters to those with unique and complicated move sets, including boss level characters like Captain Canary, shown below. Battles range as far as the number of opponents you’ll confront, but the number of heroes you bring into the battle will depend on how many are you in party and how many are still conscious. Tómba, for example, are essentially bomb beetles. While they don’t appear to do much early on, they pack a very serious and deadly punch once they build up enough SP. Confronting these little steambots changed my whole strategy going into battle. I even crafted some cards and altered by decks just to beat them.

I think that’s all I want to reveal at this time. Overall, SteamWorld Quest is a solid and pleasantly surprising addition to the universe. The card battle system is unique and compelling, challenging and interesting. The characters are a bit corny but that’s clearly on purpose. The art is again, unique. It’s lively, joyful, bright, and appealing hour after hour. The music is bouncy and fun, never feeling repetitive even though I know it repeats. The cheesy characters and story might not be for you, but it hits me strong and I find it a bright spot to my day when I’m able to play. While I do prefer the platformer genre of SteamWorld Dig 1 & 2, SteamWorld Quest has increased by interest in turn-based RPGs. And I think that in itself is a big positive.

If you’ve enjoyed the previous games in this series, especially SteamWorld Heist, I would definitely recommend this new entry in the franchise. If you are looking for a new Indie game and enjoy RPGs with turn-based battle system, I would also recommend this game due to the unique nature of the card battles.

You can find additional information on the game through their official website: www.imageform.se/game/steamworld-quest

Game was played 100% in handheld mode on Nintendo Switch.

A review copy of this game was provided by Image & Form.

The Crimes of Grindelwald Review